The outstanding Polish composer S. Monyushko is the creator of the national classical opera and chamber vocal lyrics. His work absorbed the characteristic features of the folk music of the Poles, Ukrainians and Belarusians. From childhood Monyushko had the opportunity to get acquainted with the peasant folklore of the Slavic peoples. His parents loved art, possessed various artistic talents. His mother taught the boy music, his father was an amateur artist. Home performances were often held, and the love of the theater, which had arisen from Stanislav since childhood, went through his whole life. 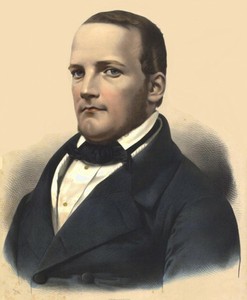 At the age of 8, Monyushko went to Warsaw – the years of training begin. He takes lessons from the organist and pianist A. Freyer. In 1830, Stanislav moved to Minsk, where he entered a gymnasium and engaged in composition with D. Stefanovich and, under his influence, finally decided to choose music as his profession.

Monyushko completes his musical education in Berlin, at the Singing Academy (1837-40). He masters the work with the choir and orchestra, gets a more complete picture of the musical (primarily opera) culture of Europe. In these years, the first independent works appeared: Mass, 2 string quartets, Three songs at st. A. Mitskevich, music for performances. In 1840-58 Monyushko lives in Vilnius (Vilnius). Here, far from major music centers, his versatile talent is revealed. He works as an organist at St. John’s Church (the composition of the organ “Songs of Our Church” is associated with this), performs as a conductor in symphony concerts and in an opera house, writes articles, and gives piano lessons. Among his students is the Russian composer C. Cui, one of the participants in The Mighty Handful. Despite significant financial difficulties, Monyushko studied with him for free. The individuality of the composer first manifested itself in the genres of song and romance. In 1841, the first Songbook Monushko (total of 12) was published. Songs created in Vilna largely prepared the style of his future operas.

The highest achievement of Monyushko’s work is the opera Pebble. This is a tragic story about a young peasant girl, deceived by a noble gentleman. The sincerity and warmth of music, melodic wealth made this opera especially popular and beloved by the Poles. Pebble was delivered to Vilna in 1848. Its success immediately brought fame to the provincial organist. But only after 10 years the opera in a new, significantly improved edition was staged in Warsaw. The date of this production (January 1, 1858) is considered the birth of Polish classical opera.

In 1858, Monyushko made a trip abroad in Germany, France, and the Czech Republic (being in Weimar, he visited F. Liszt). Then the composer was invited to the post of chief conductor of the Belka Theater (Warsaw), which he holds until the end of his days. In addition, Monyushko is a professor at the Music Institute (1864-72), where he leads classes in composition, harmony and counterpoint (among his students is composer Z. Noskovsky). Monyushko is also the author of the Piano School and the Harmony Textbook.

Frequent performances with concerts in St. Petersburg brought Monyushko closer to Russian composers – he was a friend of M. Gliyaki and A. Dargomyzhsky. The best of the created Monushko is primarily associated with those genres that were not touched by the great Polish classic F. Chopin or did not receive significant development from him – with opera and song. Monyushko created 15 operas. In addition to Pebbles, his best works include The Enchanted Castle (The Terrible Courtyard – 1865). Monyushko more than once turned to comic opera (“Yavnuta”, “Forest Smelter”), to ballet (including “Monte Cristo”), operetta, music to theatrical productions (“Hamlet” by V. Shakespeare, “Rogues” F. Schiller, vaudeville A. Fredro). Constantly attracts the composer and the cantata genre (“Milda”, “Niola”). In later years, 3 cantatas were created for the words of A. Mickiewicz: “Ghosts” (based on the dramatic poem “Dzyady”), “Crimean Sonnets” and “Mrs. Twardovskaya”. Monyushko introduced a national element in church music (6 mass, 4 “Ostrobramskie litany”), laid the foundation for Polish symphony (programmatic overtures “Tale”, “Cain”, etc.). The composer also wrote piano music, intended mainly for home music playing: polonaises, mazurkas, waltzes, 2 notebooks of the plays “Trinkets”.

But especially important along with opera was the compilation of songs (c. 400), which the composer combined into collections – “Home Songbooks”. Their name speaks for itself: it is music of everyday life, created not only for professionals, but also for music lovers. “I am not creating anything new. Wandering around the Polish lands, I am filled with the spirit of folk songs. Of these, in addition to my will, inspiration spills over into all my works. ” In these words Monyushko reveals the secret of amazing “sociability” of his music.