“Hey” is a Polish rock band founded in 1992 in Szczecin by guitarist Peter Banach and charismatic vocalist Kasia Nosowska. Since the beginning of the 90s, the group has been one of the most popular in Poland.

Despite the fact that “Hey” describe their style as the first Polish band playing in grunge style, their melodic, guitar rock and eclectic performance is influenced by a new wave and heavy metal; the first three albums contain songs in Polish and English. During the 90s, the group performed in many stadiums throughout Poland and tried to enter the English market with a series of concerts abroad and the English version of the album “?”. When this attempt failed, the group continued to write songs in Polish, adopting a more rigid, industrial sound.

Nosovska, in turn, became a successful solo vocalist, starting in 1996 with the album “Tuk Tuk”, recorded at a time when she was pregnant and had no opportunity to go on tour, having demonstrated a rich and rich sound completely different from “Hey”. 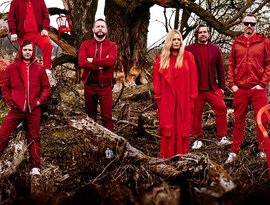