Ciocolata, czokulada, czokolta, czykulata – this is what Polish used to call ordinary chocolate (the modern spelling is “czekolada”). Today, this favorite treat for everyone can be found in almost any store. How did it appear in Poland? Along with tea and coffee, chocolate is a symbol of a new way of life in Europe and Poland of the 18th century. The use of chocolate at first also provoked heated debate. At first, the Poles did not like its natural bitter taste. They even expressed themselves in such a way that this drink is better suited to pigs than people, and that it causes disgust. The attitude to the product began to change when the chocolate began to be served hot and add cane sugar, cinnamon, anise … Some expressed doubts whether this drink is really diabolical, since it is so dark and sticky? And if it is from the unclean, then how can you drink it during fasting? Chocolate, as it was believed, had exciting properties, caused hyperactivity, talkativeness, anger and an explosion of negative emotions up to … debauchery. On this basis, one pope decided that eating chocolate is a violation of fasting, even if cooked on water. However, the evolution of public morals could no longer be stopped, and over time, a fashion for a new fragrant drink arose among European elites. And for the same reasons that previously the delicacy was under suspicion – now it was believed that chocolate tones and improves mood.

Marysenka, came to the “chocolat” 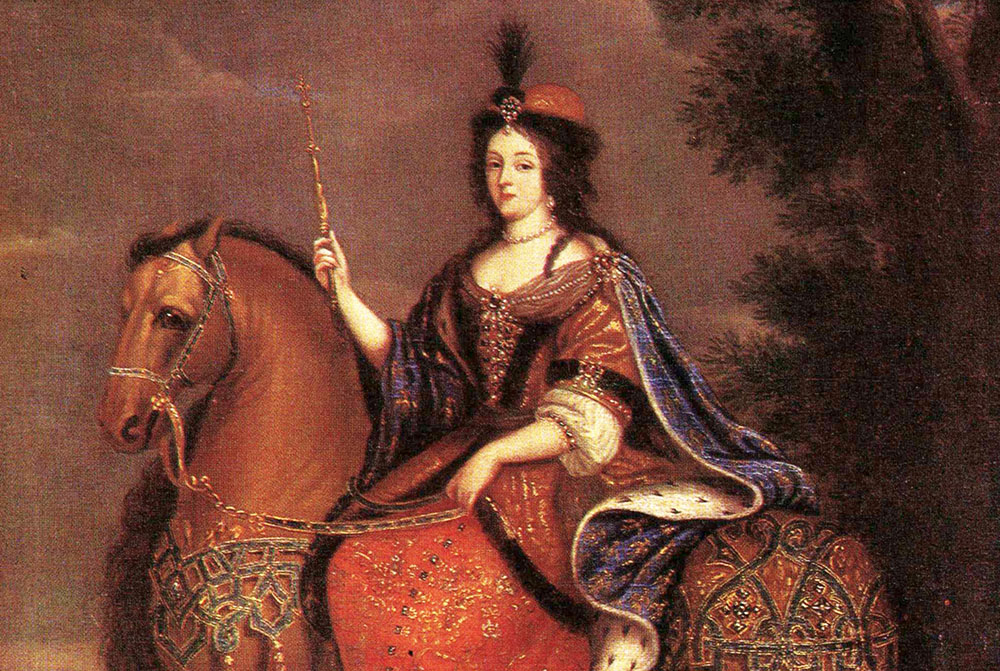 Chocolate hit the banks of the Vistula in the middle of the XVII century. In one of the letters (dated July 25, 1665), King Jan III Sobieski asks his wife, Queen Mary (Marysenka) to send … “chocolates”: “To the chocolat, if there is, my soul, dear empress, have come to me; just still need a pot, if only to take one from M. de Neuer, and order him to do it; also this stick for agitation and kneading. ” The stick and the pot are undoubtedly special devices for brewing chocolate that were used in the 17th century: molinillo – a special whisk for stirring and chocolatière – a jug with a lid through which the handle of the mixer was threaded. 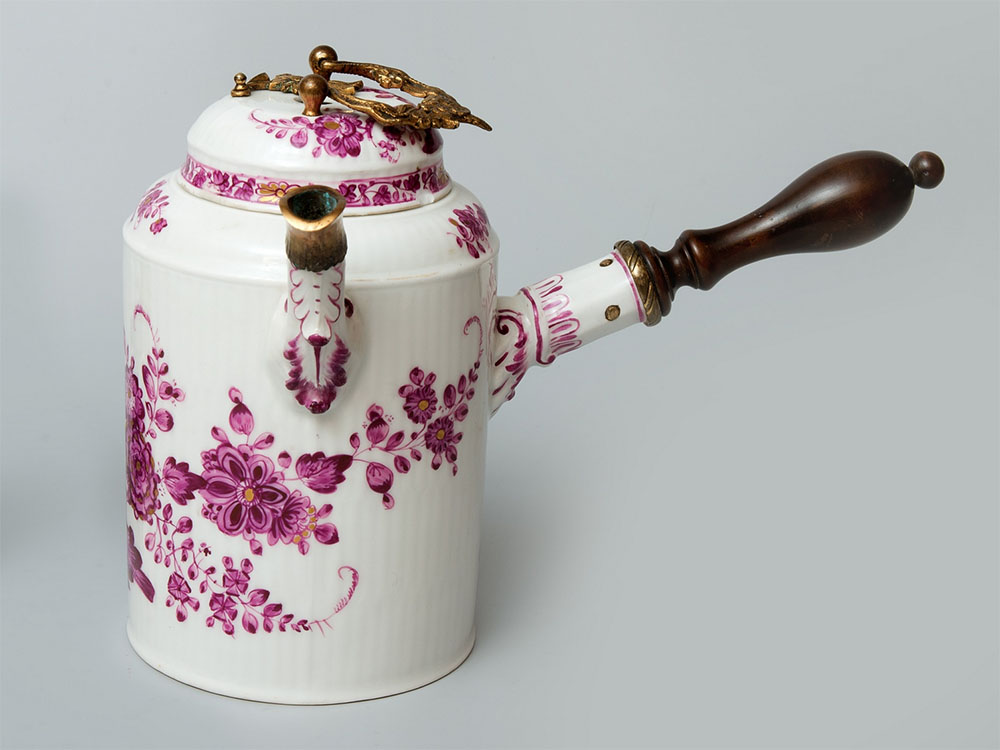 King Augustus II of Saxony and the last Polish king, Stanislav Augustus Poniatowski, were great chocolate lovers. And just like tea or coffee, the use of chocolate implied a festive atmosphere – the elite drink relied on appropriate utensils. In the 18th century, special porcelain containers appeared, called “porcelain” and “porcini”: small jugs for “chiculata,” as well as cups, spoons, milk jugs, and also strainers, trays, and sugar bowls. Sugar was kept in special boxes, fearing that it would not deteriorate, but this did not hinder taking it with you on a trip – the temptation to enjoy the taste of “divine” chocolate was stronger! In the registries of the 18th century, for example, “two teapots for tea, a jug for chocolate, coffee”, and also a sugar bowl are mentioned. 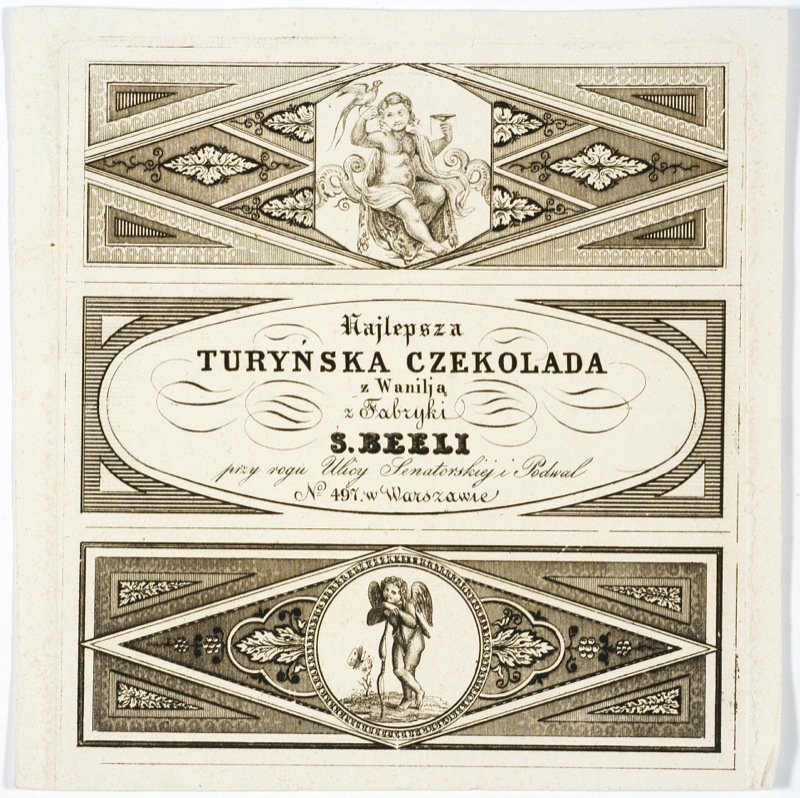 Before the era of industrial production, the preparation of chocolate “ragweed” took a lot of time. To understand this, you should familiarize yourself with the recipe for “simple chocolate” written in the second half of the 18th century by a naturalist scientist, priest Jan Krzysztof Kluck. Cocoa grains had to be fried in a special bowl, stirring and making sure that they did not burn. It was important that they “did not lose fat”. Then it was necessary to clean them and crush them. And this was only the beginning of the puzzle procedure. Those who wanted to enjoy the taste of chocolate had to add crushed sugar to the grains and mix it all in a mortar, and even better – on a special stone mounted on coals. Sugar grains had to be ground so that they turned into a soft mass, like butter. An essential condition was to maintain only a “languid” fire under the mortar: “from excessive heat, all the fat content, so important in chocolate, can evaporate.” After that, the mass was transferred to special molds in the form of tin tiles. “When it cools down, take out, save for future use.” Chocolate was flavored with flavors. “Healthy” was chocolate with roasted sweet almonds. Fragrant – chocolate with spices or with the addition of cinnamon or vanilla pods. In addition, chocolate was boiled in wine or milk. Drinking (hot) chocolate was prepared from cocoa powder. According to the recipe of the XVIII century, to prepare the “chocolate cream” had to cut six bars of chocolate and soak them in water for the night. The next day, boil them in milk with the addition of wheat flour, and then add homemade brown caramel for taste and color. 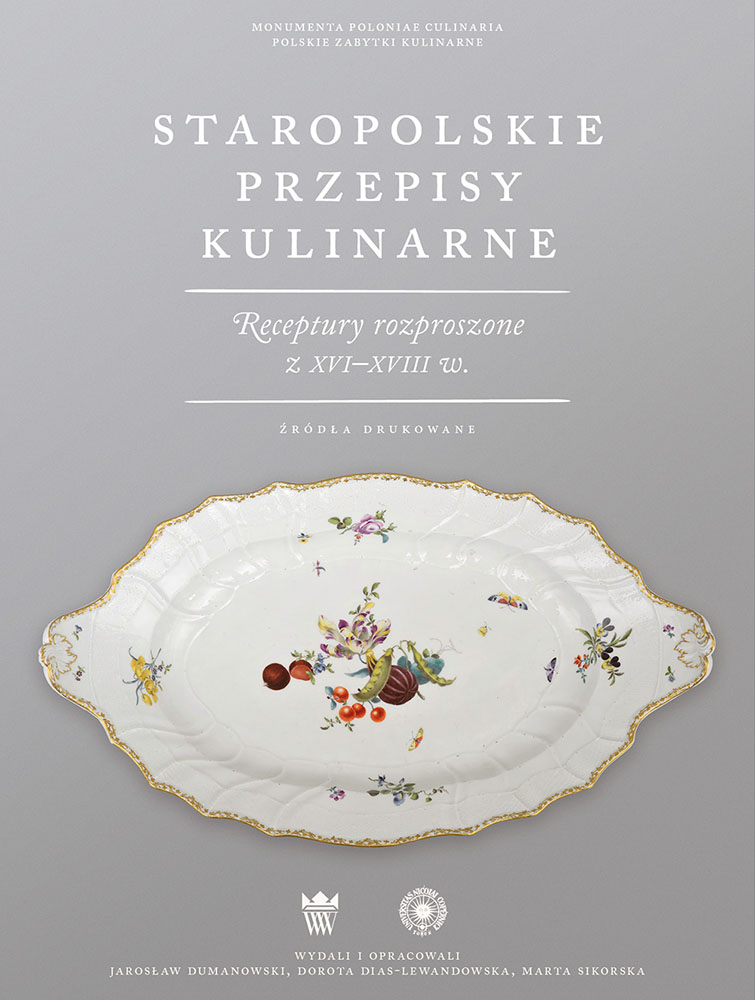 In the XVIII century, chocolate was considered a luxury and was an inaccessible delicacy. Not everyone could afford it, but everyone wanted to enjoy at least a substitute. Therefore – as in the case of coffee – came up with various ersatz, once called “peasant” chocolate. In one of these recipes in 1791, recently published in the collection “Old Polish recipes of the XVI – XVIII centuries. Printed sources ”(published by the Museum of the Royal Palace of Jan III Sobieski in Wilanow), mention is made of the difficulties in delivering foreign delicacies, including chocolate. However … the drink can be prepared without chocolate, yourself at home. The author of the recipe assures that the drink will be even better than what is prepared on the basis of beans delivered from the New World. And not only better, but “healthier and stronger”: “Instead of cocoa, take two spoons of good-quality wheat flour, put in a pot or in a chocolate bowl on the coals, stirring so that all the dry mass is well browned, then pour a cup of water or milk, while continuing to stir the flour, add cinnamon and sugar, and boil like chocolate. When ready, whiten with egg yolk. ” Substitutes were prepared not only from flour. Linden seeds were also recognized as suitable, as mentioned by another author, Dzekonsky, in the book “Principles of Agriculture and Gardening, Explained and Confirmed by the Latest Examples, Patterns and Plans of the Economy” (1796). The “chocolate” described there had to have not only tonic properties, but also “caress the mouth”. 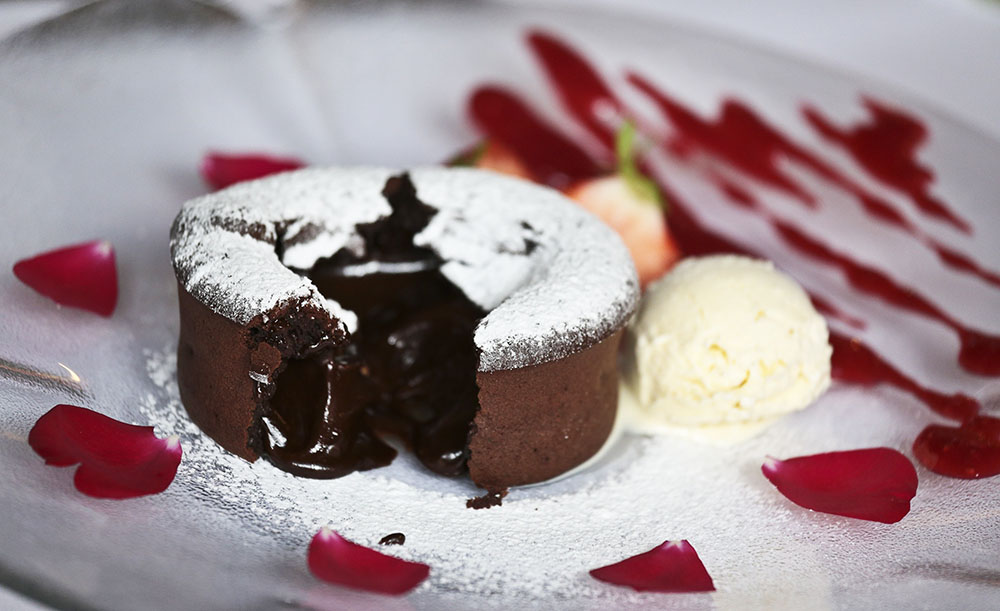 At the beginning of the XIX century, chocolate penetrated the confectionery art and became a hit. Each cookbook contained many sweet recipes. Chocolate creams, mousses, blanmange and soufflés were popular. Chocolate was added to the old Polish “women” and “mazureki”. Several recipes were made by Jan Schittler – the legendary cook at the court of King Stanislav and the author of many cookbooks. For a chocolate souffle according to his recipe, it was necessary to grate half a pound of chocolate, pour it into a pot, add a quarter pound of finely crushed sugar and a quarter and a half of hot sweet cream. Then mix it all with eggs and yolks, strain through a sieve, pour into a bowl and bake in a medium-heated oven. Chocolate was also added to the old Polish dessert from almond milk – blanmange, which came to Poland through Spain, England and Italy and was the favorite dessert of King Jan III Sobieski. The recipe for chocolate blanching from Schittler is simple, it can be successfully used today: “After rubbing a pound of chocolate on a grater, pour it into a mold and put on low heat, stirring slightly more, remove from heat and dilute with almond milk. After filtering through a napkin, add sugar and two quarts of fish glue [replace with gelatin]: mix well and pour into the mold. ” How to harden – done. 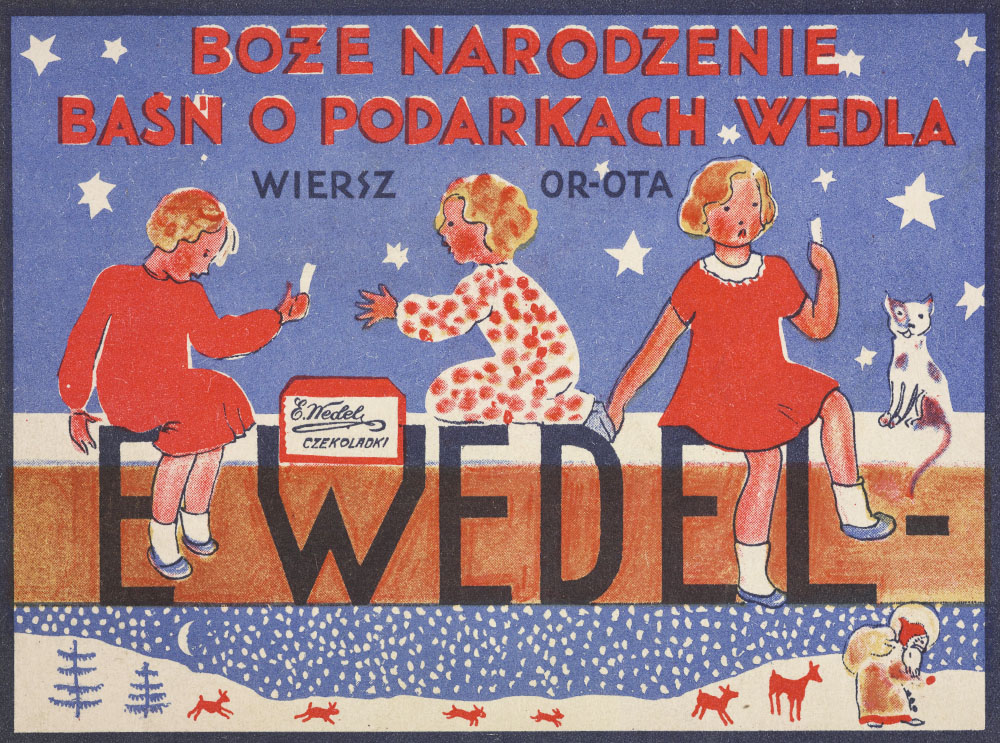 The turning point in the history of Polish chocolate was the middle of the 19th century, when the young Karol Vedel opened a store in Warsaw, and with him a Steam Chocolate Factory called “C. E. Wedel. ” At first he produced caramel, but soon launched the production of chocolate. Chocolate products were a real hit. Wedel also sold the so-called “pharmaceutical” chocolate for the treatment of various ailments, chocolate with spices and vanilla chocolate, which was especially popular with customers. In 1855, a special machine for the production of cocoa powder for drinking chocolate was delivered to the Wedel factory from Paris – finally, laborious manual crushing of cocoa beans is a thing of the past. Such success contributed to the emergence of cheaper fakes on the market: to distinguish from competitors, a well-known logo with the initials of Emil Wedel was developed.The rival of the Warsaw Wedel was the Craase factory Piasecki, Suchard, Pischinger, which produced sweets, chocolates and cakes (the post-war Wawel). Here they relied not only on quality, but also on marketing: on the packages were placed images of the most famous city buildings and photographs of Polish heroes, and they also organized the Miss Chocolate elections. Even before the Second World War, the charter of the Polish Industrial Association of Manufacturers of Sweets and Chocolate was approved, the purpose of which was to support the development of Polish confectionery, including chocolate, the conquest of domestic and foreign markets, as well as the protection of the economic interests of the united industrialists.The war hindered the further development of the Polish chocolate market. After its graduation, factories were nationalized and the chocolate market fell into decay. The “pseudo-chocolate” era has arrived.