Every country has traditions that shock foreigners. The fact that the Poles seem absolutely normal on weekdays and on holidays can cause amazement and bewilderment of foreigners. Culture.pl has prepared a list of the most unusual Polish traditions and invites you to share your impressions. Our list is incomplete and may grow. The most amazing Polish traditions, as a rule, go back to pagan culture and folk customs (sometimes in combination with religious rites), so our list begins with relics of paganism in Polish culture, after which we will move on to the strange addictions of Poles in food.

1. Majanna – burn and drown a scarecrow 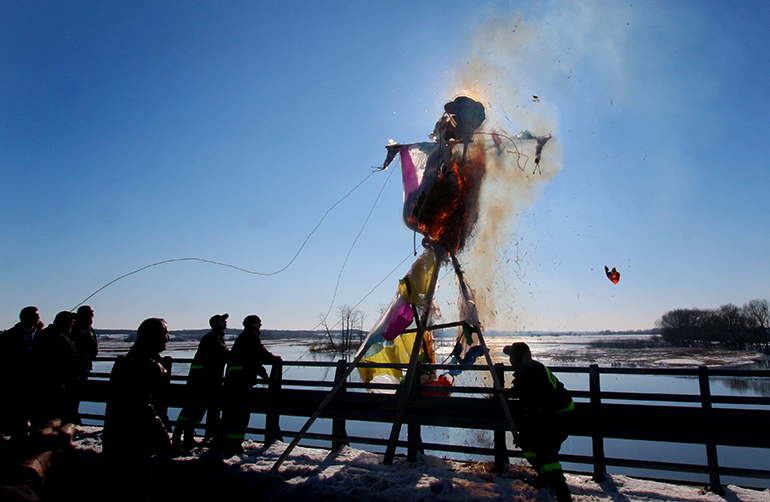 Majanna (Marzanna) is the Polish name for the Slavic goddess, who is associated with winter and death. Although paganism in Poland seems to have disappeared at the beginning of the 11th century, this popular rite has survived to the present day. Every year, on the first day of spring, people make a straw doll, set fire to it, and then stoke it in the river. The purpose of the ritual: to drive away the winter and accelerate the awakening of nature. A stuffed majanna is usually made from straw and white linen and decorated with colored ribbons. There are a number of rules: you cannot touch Majanna while she is in the water (strength disappears from her hands), you cannot look back on the way back from the river (by doing this you impose illnesses on yourself and relatives). The Catholic Church fought this rite until the beginning of the twentieth century, but was never able to eradicate it. The tradition of burning Majanna is still popular in some regions of Poland, although few believe that it will really hasten the arrival of spring. 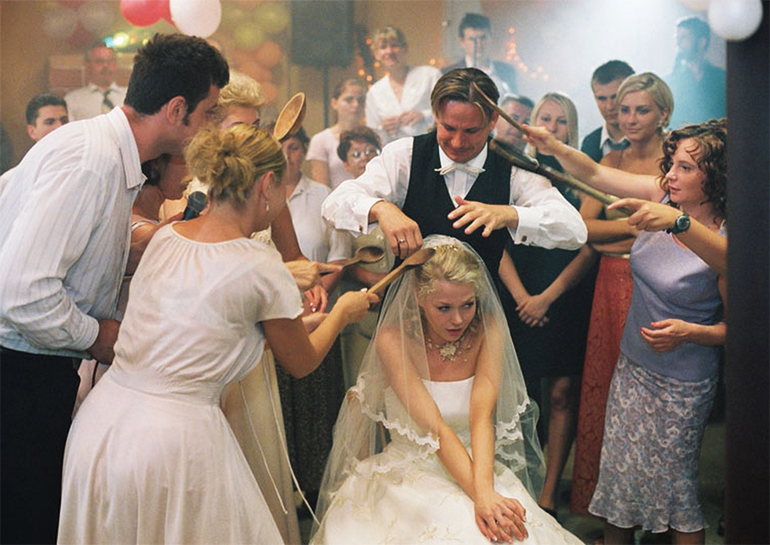 If you happen to get to a Polish wedding and you hear the word “oczepiny”, you will have a choice: to run away or stay. But know: if you decide to stay, you will most likely have to participate in wedding fun, often experiencing a sense of awkwardness. Ochepiny is a ritual widespread among the Slavs, which symbolizes the bride’s transition to a new state: transformation from a girl into a married woman. According to tradition, the bride was cut or shortened her hair and put on a cap. Hence the name of the ritual. The ritual has undergone a significant transformation, and today the “ochepiny” is the time of the craziest wedding entertainments. As a rule, at first the bride throws a bouquet (whoever catches will be the first to marry / marry after a young couple), and then … anything can happen. In anthropology, “carnival” means the displacement of the boundaries of the socially permissible, and the ocepins most closely resemble the carnival. You may be forced to pass an orange to the uncle whom you first see without using your hands (this is humiliating, oh yes!). You may be asked to change sex for a while and dance a rumba or tango with a person of the same gender as you. You may be required to drink a lot of alcohol in a very short time. And so on and so forth.

According to the dictionary, “corrections” (poprawiny, from poprawić – correct) is a continuation of the wedding reception the day after the main events. Sometimes it is also called “lunch with champagne”, but in this case the name is misleading: champagne is rarely poured on corrections. It best reflects the meaning of the phenomenon of the French expression déjàvu. However, the Russians, and indeed the eastern neighbors of Poland, this custom is unlikely to seem strange. Amendments simply mean a double two wedding party. They begin the day after the wedding itself, and sometimes it ends only on the third day. There are legends about week-long wedding festivities held by gural people – residents of the Polish Tatras.

4. Christmas – hay on a tablecloth and a plate for an unexpected guest 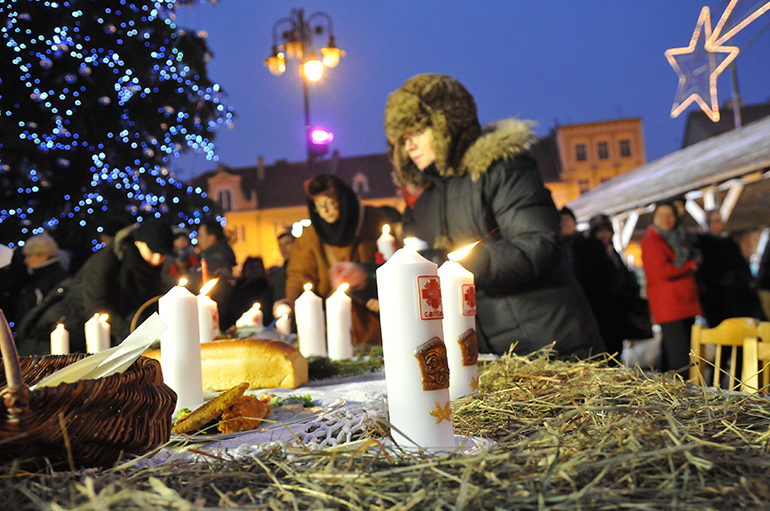 Christmas and Easter are very important holidays for the Poles, and there are many related traditions and customs. In particular, at Christmas they put a little straw under the tablecloth, and put on the table an extra plate for the unexpected guest. What for? Previously, the whole table was decorated with straw and grain and a sheaf was placed in the corner (even in wealthy noble houses). The reason is that Jesus Christ was born in a manger in Bethlehem, and the straw recalls the circumstances of his birth. There is an old Polish proverb: “Guest to the house, God to the house”, which means that any guest is God’s blessing. The hospitality of the Poles is in the blood, and they will not allow someone to remain hungry and lonely at Christmas. That’s why in Poland, by tradition, an extra plate is put on the Christmas table. To tell you the truth, unexpected guests rarely appear, but if you find yourself in Poland and your friends find out that you have no one to spend Christmas with, wait for the invitations! 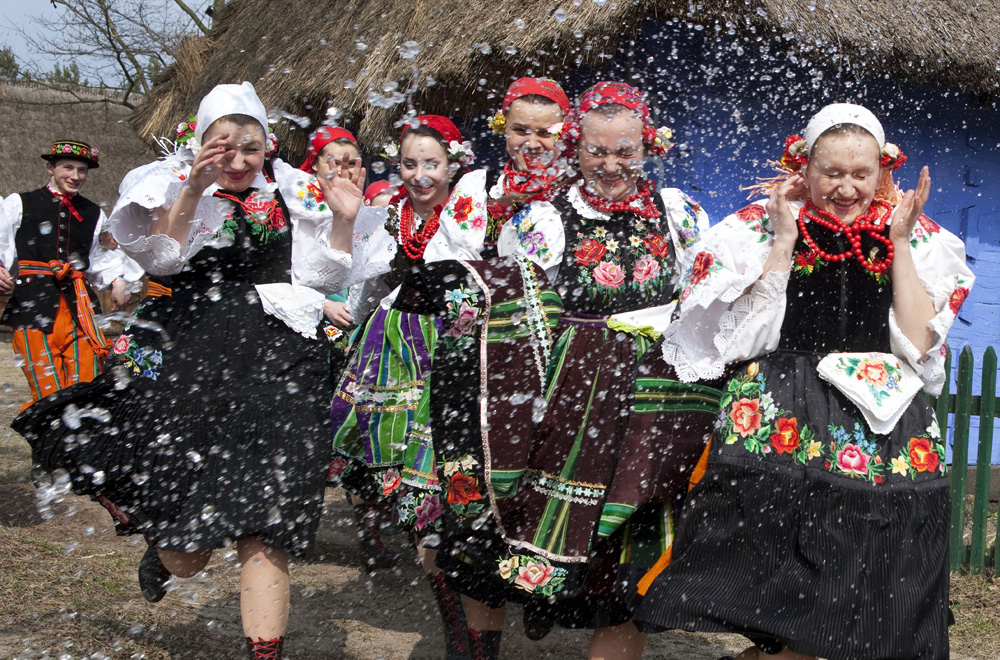 Of all the Easter traditions, Śmigus Dyngus is perhaps the most unusual. Today – this is a real massive water battle with the use of water pistols, bottles, capitals, plastic bags and everything that is at hand. (Śmigus Dyngus is partly the equivalent of our day, Ivan Kupala – approx. Ed.) History knows of cases of fire engines participating in this chaos. The origins of this tradition are seen in Christianity, where watering is associated with baptism and blessing, and in traditional folk fun for young men and women who celebrated the arrival of spring, the awakening of the forces of nature, and at the same time looked for a couple for the future. 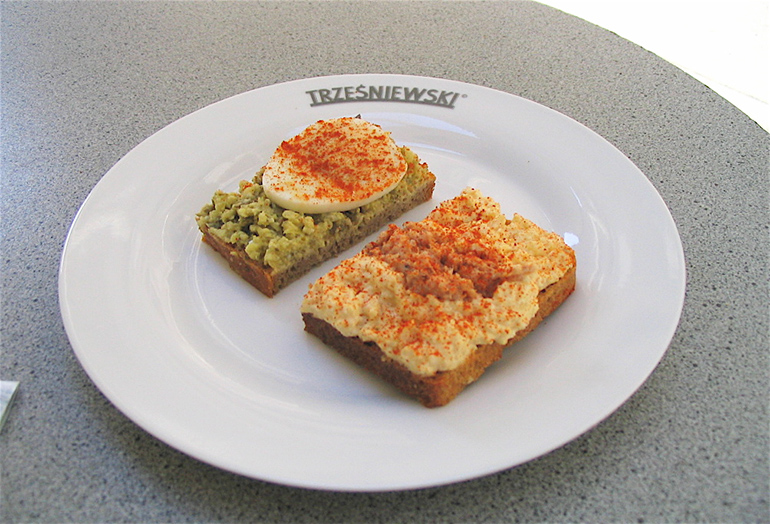 After several days spent in Poland, the main question inevitably arises: what is kanapka that everyone eats and everyone talks about? Remember that if your Polish friends offer you a sandwich, then most likely you will get only one piece of bread. Canapé is the Polish word for most snacks, consisting of a piece (or pieces) of bread as the main ingredient. This applies to all types of sandwiches, but the canapé for the Poles is primarily their favorite open sandwich. Among the amazing Polish culinary preferences, the biggest perplexity among foreigners is precisely the open sandwich, which is present on the menu of each (and even more so – working or traveling) Pole. Sandwiches are eatable here for breakfast, lunch and dinner, and they do not differ much in taste.Have the Poles invented an open sandwich? Not really. It is much older than it might seem, and goes back to the medieval tradition of using a thin piece of bread instead of a plate. At the end of the meal, a plate of bread was eaten or given to servants or dogs. Guess what’s happening with the half-eaten sandwiches today..

7. Passion for gathering – to the forest for mushrooms and berries 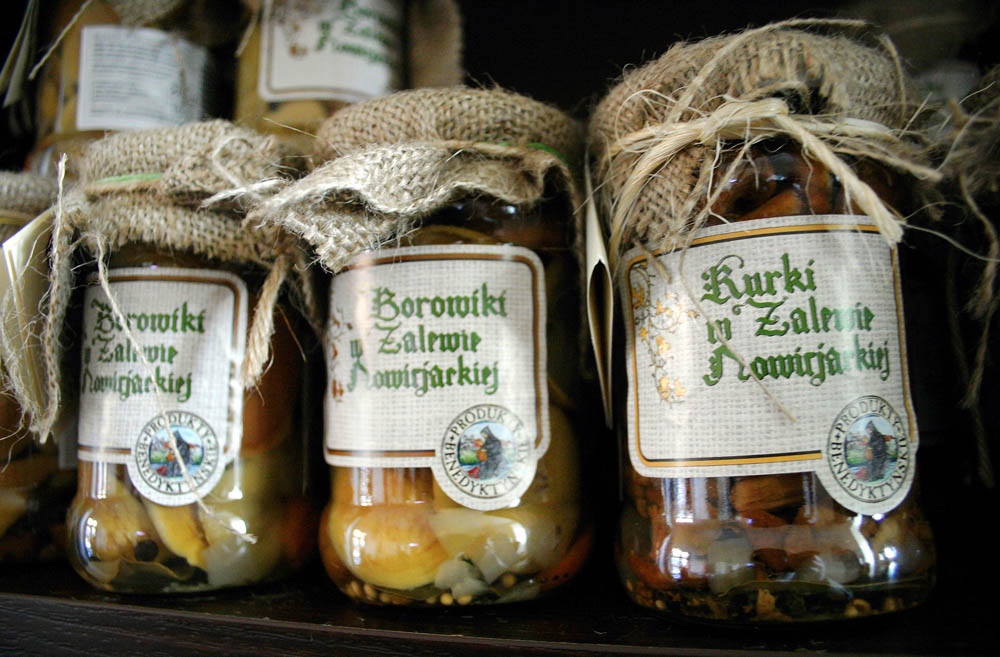 While most foreigners from Western Europe and America will never risk on their own, at home to cook something found in the forest, out of fear of poisoning, in Poland on weekends everyone goes from small to large. About 30% of the country’s territory is covered with beautiful dense forests, which is why picking mushrooms is one of the most common ways to spend time. The Poles rise at dawn to catch the forest before the arrival of competitor mushroom pickers. Sizmala children are taught to distinguish between species of mushrooms, not to be confused with edible poisonous. Everyone goes to the forest to mushrooms in Poland, and Polish dishes from mushrooms are true delicacies.